Skip to content scroll to discover more back to top 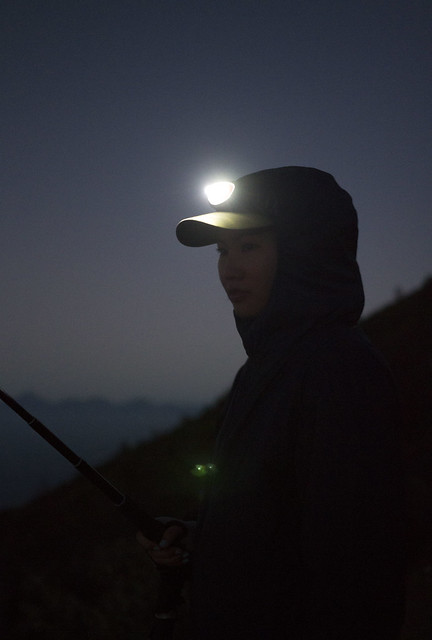 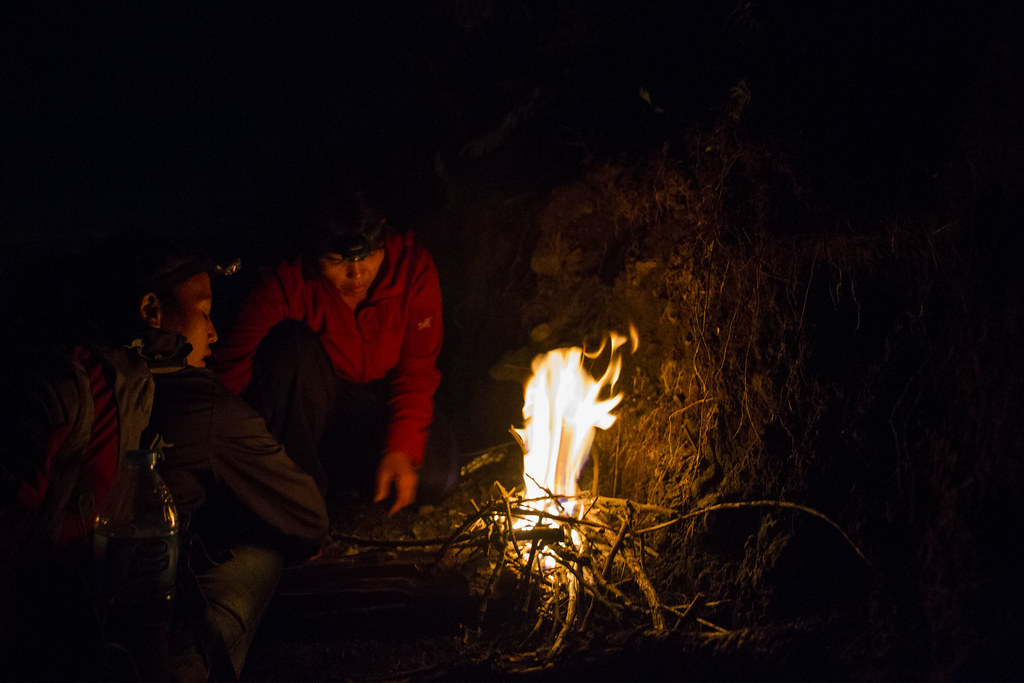 Weeks before our Bali trip, we had been eyeing Mt. Agung based on the amazing photos we’ve seen online – where other hikers witnessed the sunrise at the mountain peak. Always up for a challenge, we decided to climb Mt. Agung, the tallest mountain on Bali at just under 10,000 ft. We began our prep by hiking along Singapore Macritchie Reservoir, thinking it would fully prepare us; we were dead wrong. The clear difference was in the elevation of the hike. We managed to rope in our friends for our hike as they have previously accomplished a Mt. Batur hike. 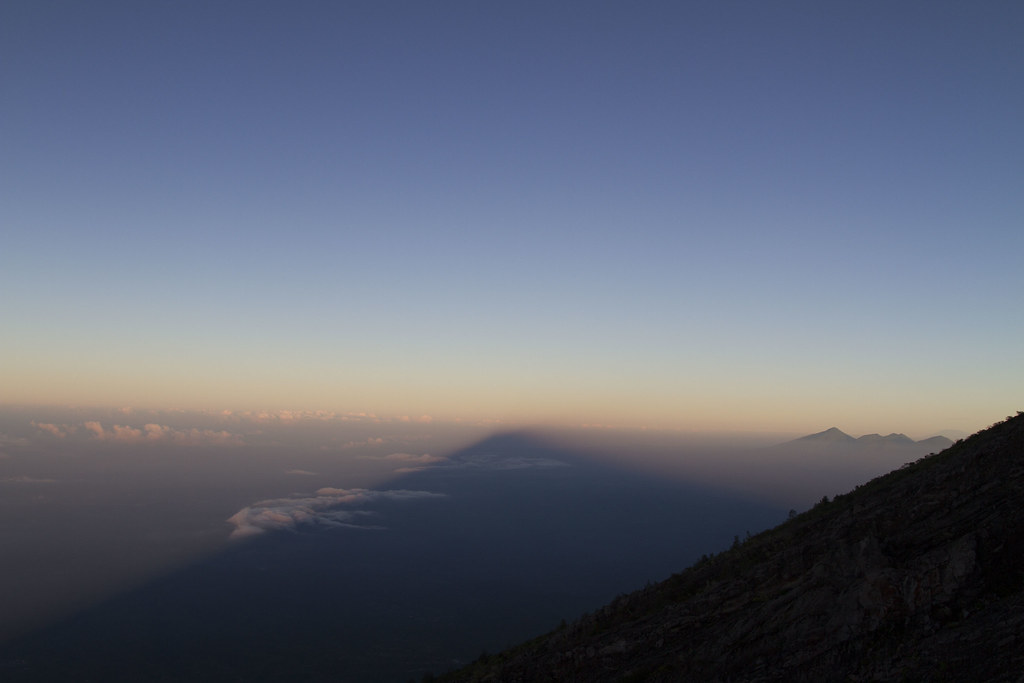 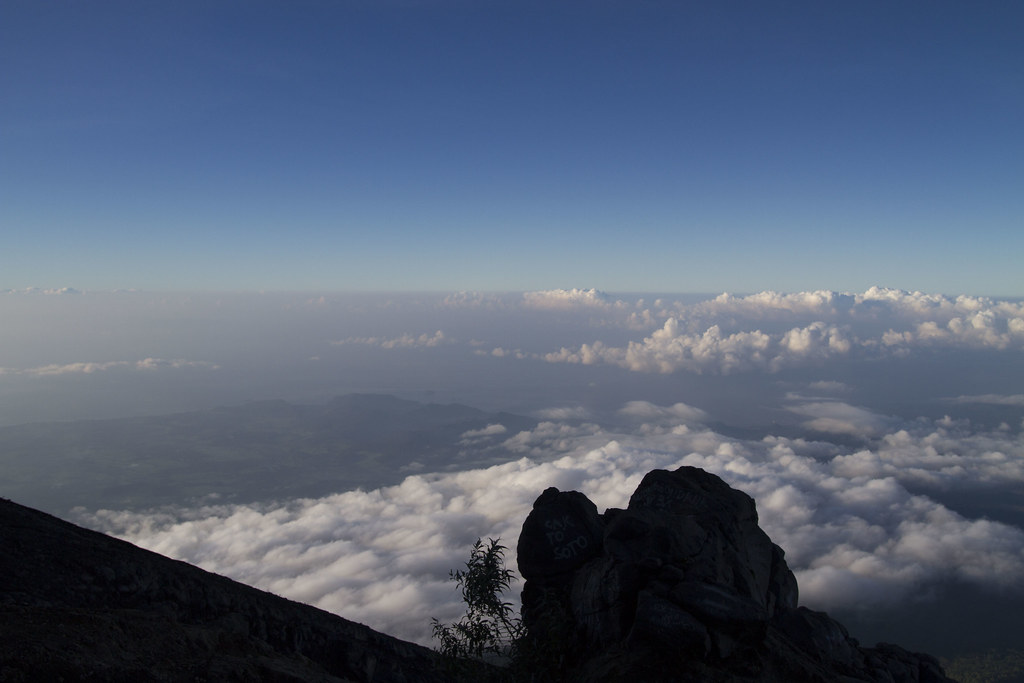 Our hike got off to a pretty bad start as the driver who picked us up from our hotel got lost while heading to Mt. Agung. Needless to say, we were circling around Bali for a total of 2 hours in the wee hours of the morning. By the time we arrived at Pasar Agung Temple (one of the 3 routes available up to the summit of Mt. Agung), we were already an hour and a half late. Time check: 2:30am. Right there, our guide told us that we wouldn’t be able to make it to the peak in time for the sunrise. We were determined to prove her wrong. 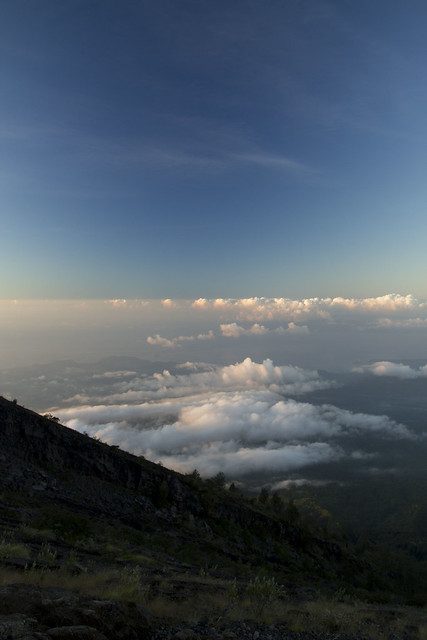 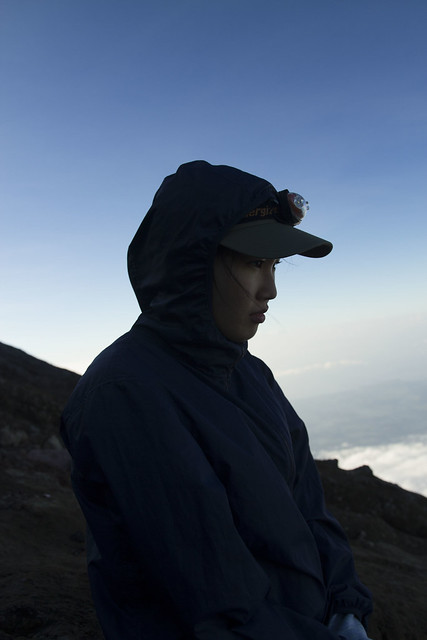 The hike was no easy feat. With headlamps attached to our heads, we began hiking through the pitch black darkness of the forest. We continued walking, with our eyes firmly down on the ground to ensure that our footing was right. At one point, a group of kids with slippers, donning plain shirts and shorts, and holding a singular torchlight ran past us up the mountain. And there we were – dressed in jackets, long pants, proper footwear, with each of us holding a stick – and we were still slower in climbing up the mountain. The first two hours of the hike was incredibly strenuous and breathing was actually difficult at some points. Perhaps it was because we were fighting for oxygen with the trees in the forest. Maybe.

There were two parts of the hike: the first was the forest we entered via Pasar Agung Temple, the second was when we had to semi-rock-climb up (in some parts, we had to do actual rock climbing). Thankfully, our hands were free from having to hold torch lights that we were able to climb with ease. Unfortunately, by the time the sun rose, we were only three quarters to the top. So we stood where we were to admire the glorious sunrise, as the shadows from the mountains were cast on the serene landscape. We met a few groups of hikers along with their guides who were already making their way down when we were still going up. Their faces puzzled as to why we were late for the sunrise. The majority of them encouraged us to push on and told us that the view from the top was well worth it. 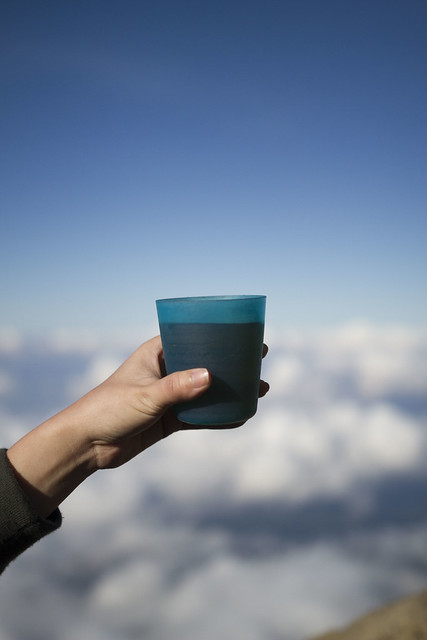 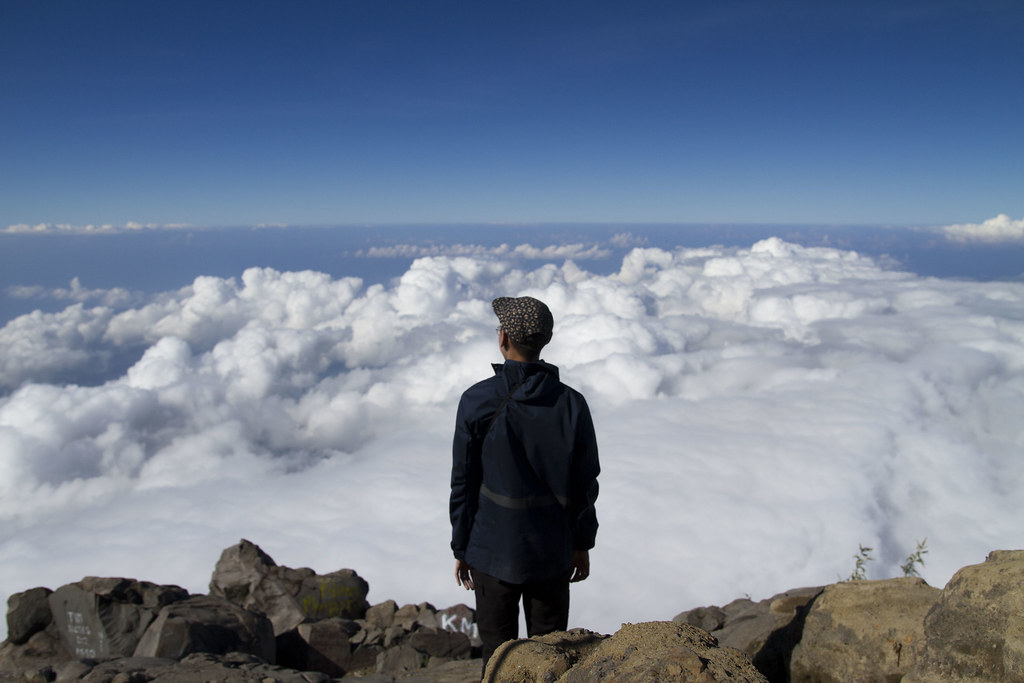 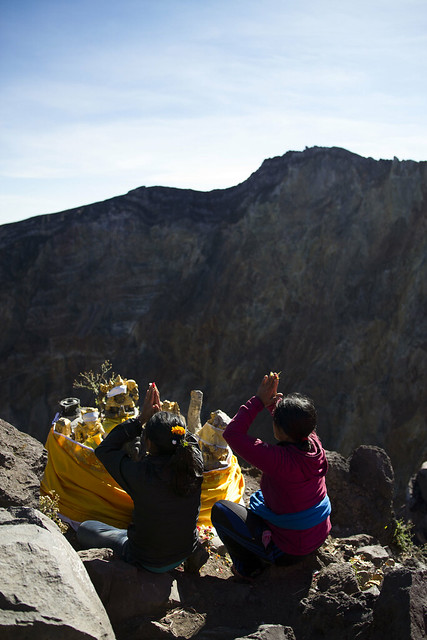 When we got to the top, the view was absolutely incredible! The summit was above the clouds and it was picture perfect! Time check: 8:30am. All the time spent and hardships experienced going up Mt. Agung was well worth it and the best part was that we had the entire summit to ourselves. We didn’t have to compete with other hikers for the majestic view! From our vantage point, we could see Mt. Rinjani, a volcano in Lombok, as well as Mt. Batur. Our guide then made us some hot tea to enjoy along with the banana fritters which she brought for us. We probably spent almost an hour at Mt. Agung’s peak before heading back down. 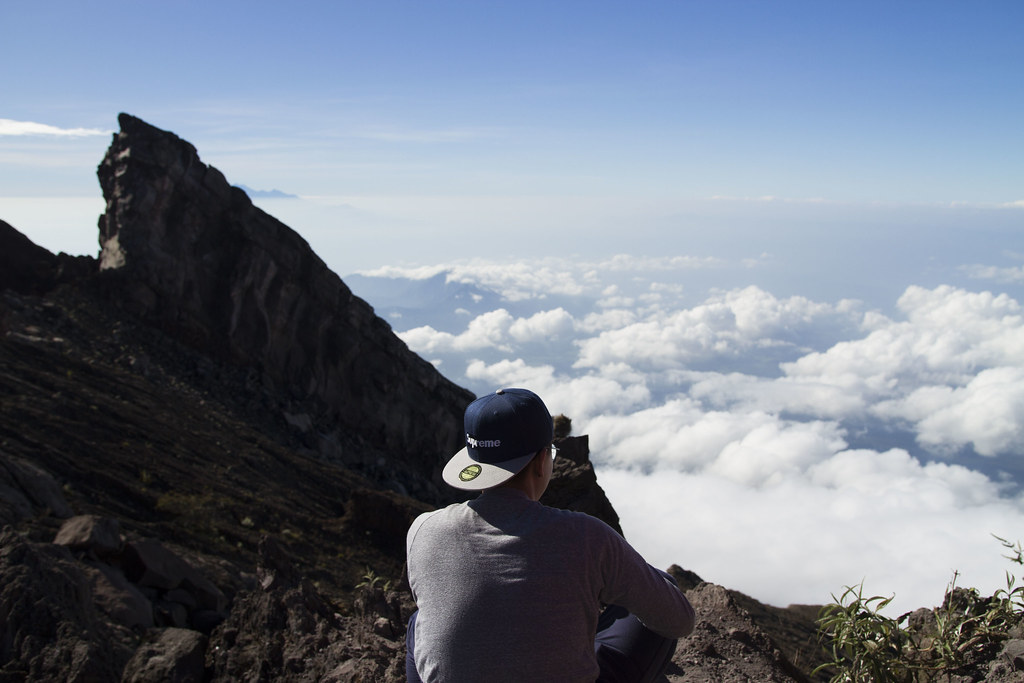 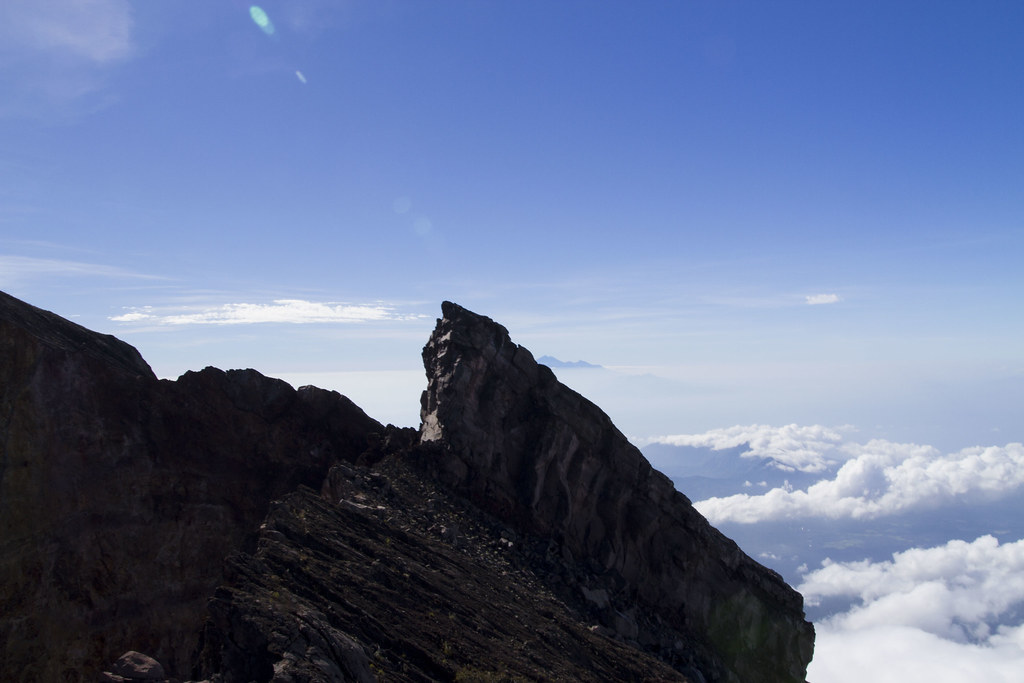 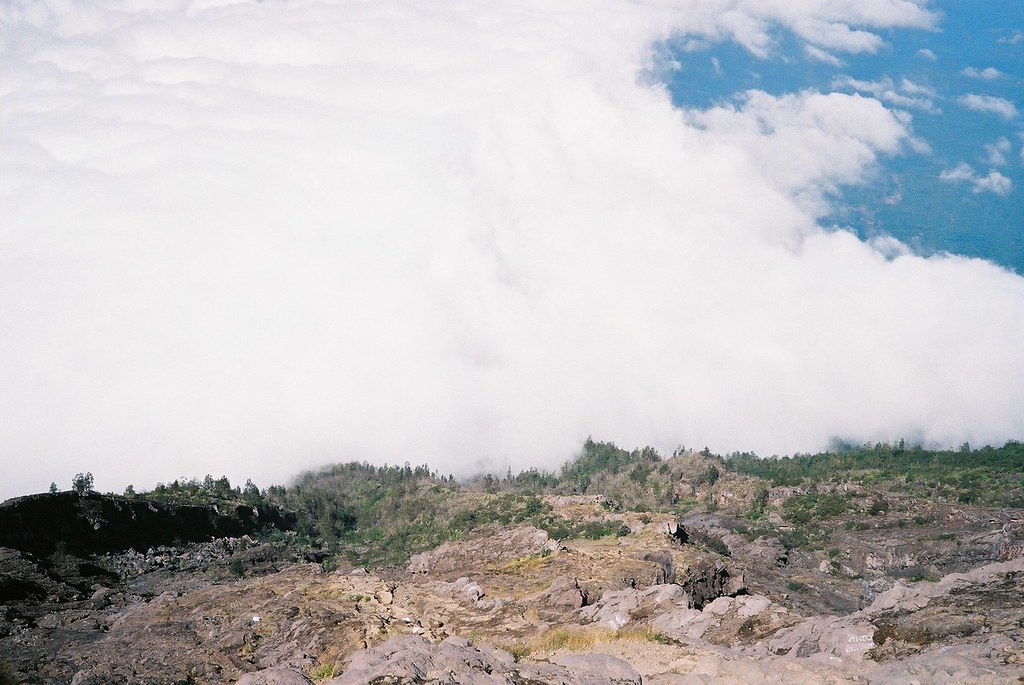 Going down Mt. Agung was incredibly hard on the knees though. At times, we were on all fours just to go down the rocks. We were at the point where the clouds and the forest meet. The entire forest got so foggy and misty. The sights on the way down were quite surprisingly beautiful, as we pretty much hiked past it earlier in the darkness, not fully knowing what was there. The effects of lack of sleep the night before, proper food, and water were kicking in. Our legs weren’t functioning properly towards the end of the hike as we stumbled every now and then. Overall, our mountain hike took us close to 12 hours, slightly slower than the average, but nevertheless, it was an unforgettable experience indeed.

Ending this sharing with a quote from Edmund Hillary: “It is not the mountain we conquer but ourselves.” After heeding Mt. Agung’s invitation to reach its peak, we’ve proven this to be true. 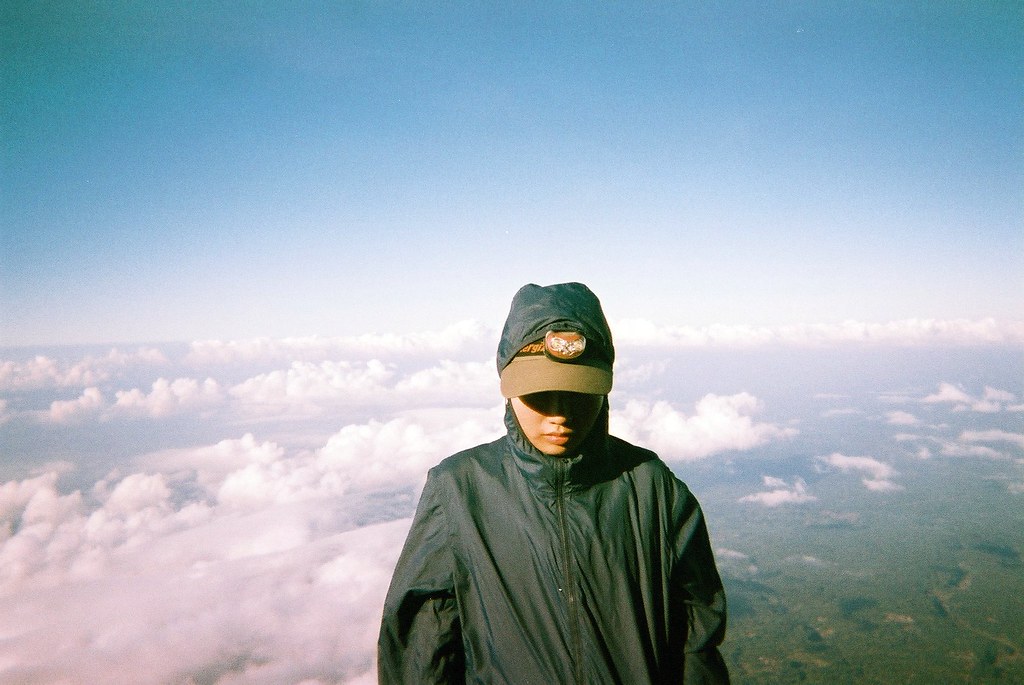 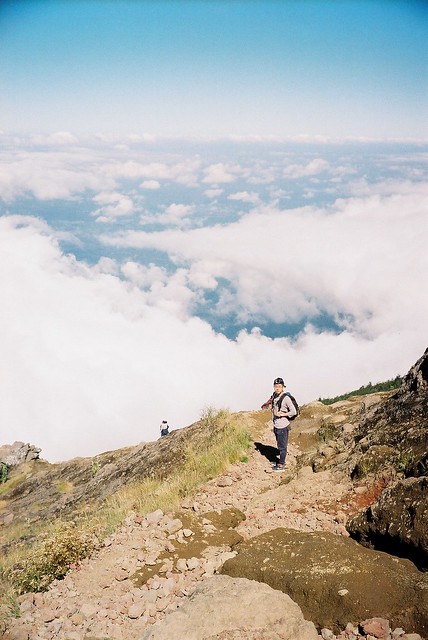 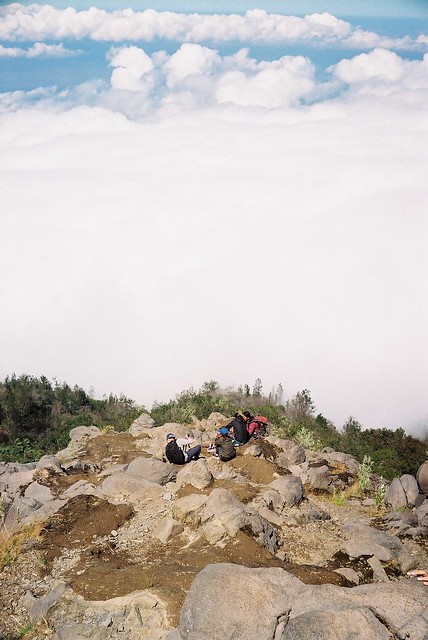 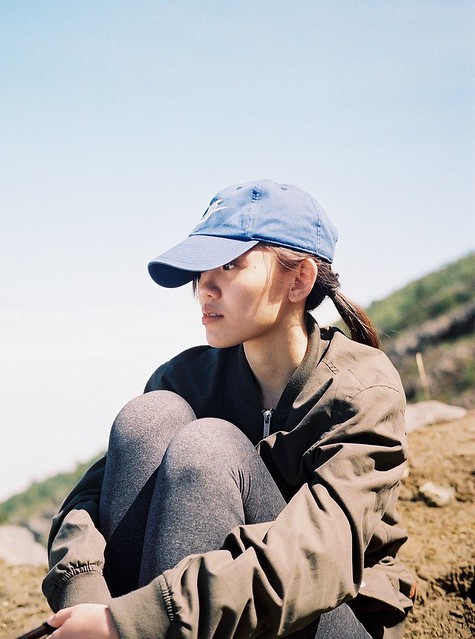 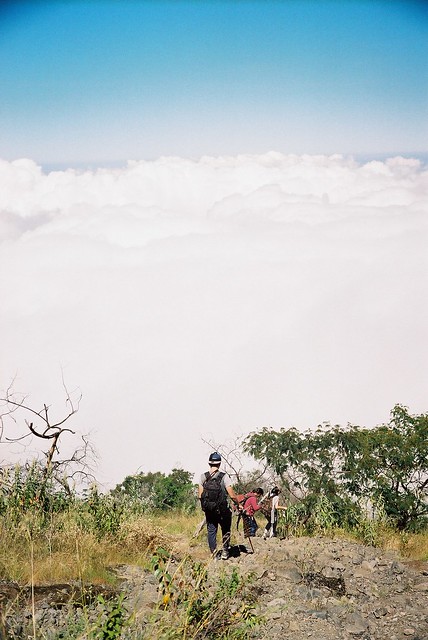 Here are 7 tips that will help you survive Mt agung 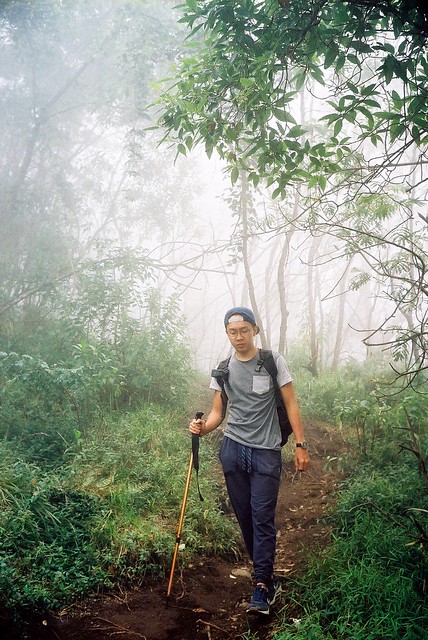 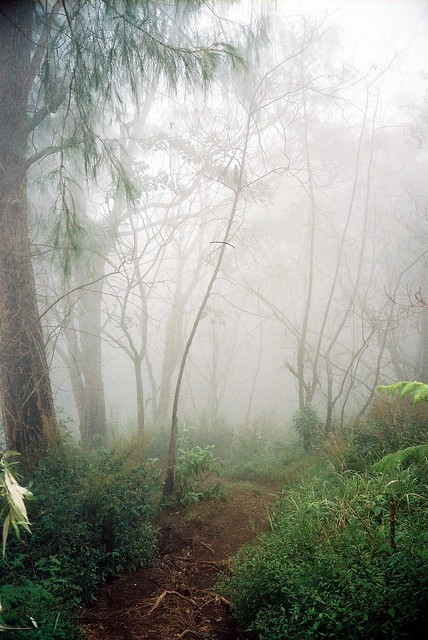